After completing Tough Mudder last year, a few friends contacted me to try a Spartan Race. I agreed and signed up.

I was in good shape and running regularly in preparation for a marathon later in the year. Unfortunately, weeks before the date, my two friends bailed on me. I was upset, but these things happen. I decided against getting a hotel and drove up for the day to Tuxedo, NY, complete the race, then drive home. 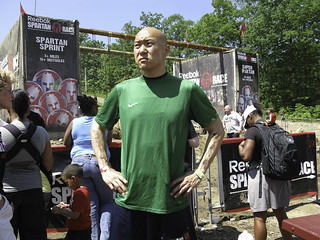 After registration the first thing I saw were the rope climbs. There were a lot of participants scaling up the rope.

“See that? It’s going to be easy” I bragged to my wife.

At the starting gate there were a lot of people and the race volunteers checked our wristbands to ensure we started “on time.” 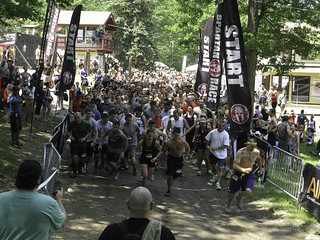 At the gun, I started to jog. Some of my fellow competitors ran. I learned from Tough Mudder that the hills will humble you quickly. Majority of the pain was traversing the hills, with or without sandbags.

For some reason I was apprehensive of the monkey bars, but they were very easy. Compared to Tough Mudder these were a joke.

Then came the rope. I started climbing and felt like I was back in high school gym class. Holy crap, this was harder than it looked! People were watching. 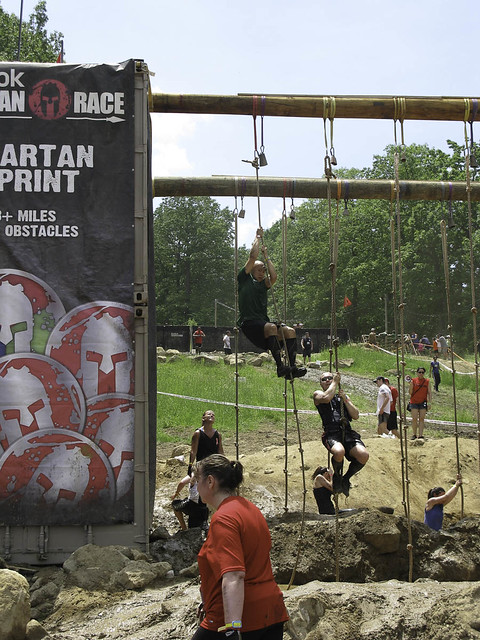 I had to get up to the top. I forced my way up and hit the bell but I felt drained. As I was descending, I dropped into the muddy water from half way, or about 15 feet. Luckily I did not hurt myself. My arms were dead but I owed no burpees!

Sadly this was the hardest physical act of the entire race (besides the hills)!

There were two obstacles I missed and therefore completed burpee punishment. One was the javelin throw. I missed the hay target and guess what, I never practiced this at home. How could I? 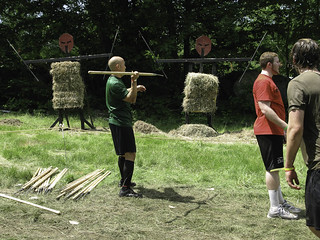 The other was a balancing act near the end of the race. It involved walking across a line of wooden stumps. This was stupid but I was not focused and fell off with two stumps remaining. These were silly burpees but I did them. I noticed a lot of participants skipped their burpee punishment (it is an honor system).

There was no much left. Jumping over the tiny fire and escaping the gauntlet joust were also easy. I expected to get hit hard by the volunteers with the joust poles, but it felt like a pat on the back.

I jogged through the finish line. Success! 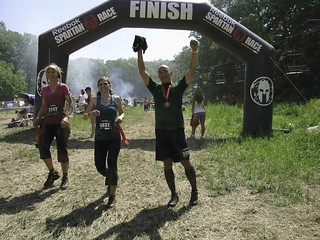 I felt good. I completed it under two hours.

Hats off to Reebok creating the Spartan Race and Crossfit brands. I had fun with the Spartan Sprint. I am not sure I would do this again or the longer races such as the Super or Beast. I did 60 burpees today. I have no desire to do any more.